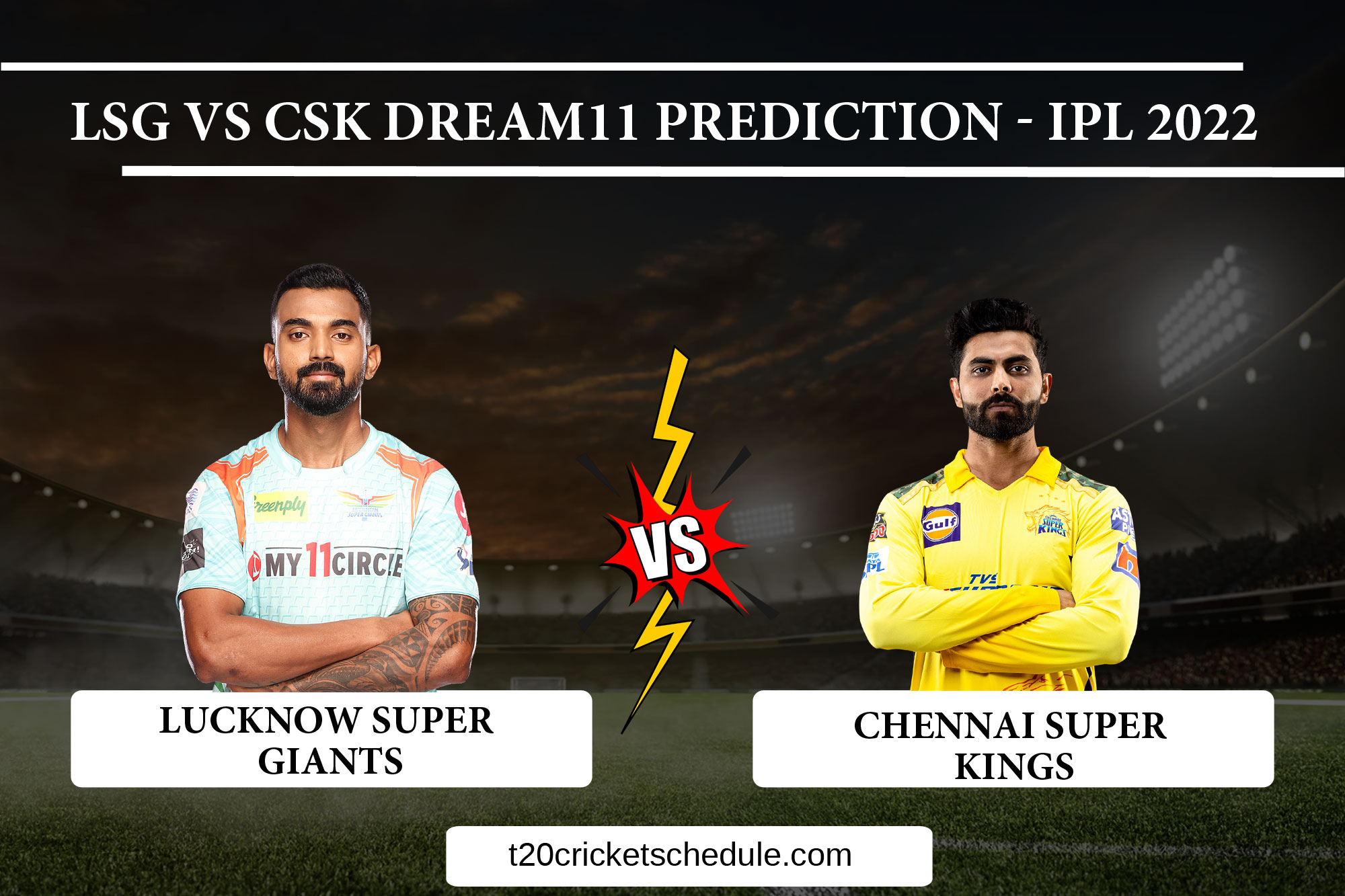 Lucknow Super Giants will play their 2nd match of the tournament when they take on Chennai Super Kings in the 7th match of IPL 2022 that will be played at Brabourne Stadium, Mumbai on 31 Mar and will start at 7:30 PM IST. Read here complete information about this LSG vs CSK match including preview, prediction, playing 11, Dream11 Team, etc.

Stroke play will be easy at the Brabourne Stadium, Mumbai and it was evident in the first match played here. Bowlers are less likely to get any help from the pitch and they will really have to do a lot of hard work to get wickets. With both teams scoring more than 175 runs in the first match here, a score between 170-190 is easily achievable in this match between LSG vs CSK.

Pretty good weather is expected in Mumbai during this match between LSG vs CSK. There will be clear skies with hopefully no rain showers. Batsmen’s friendly wicket and outfield will give a lot of assistance to the batsmen.

Lucknow Super Giants has a fine batting lineup, but they didn’t look like a side that was expected from them. Captain KL Rahul was dismissed for a duck which was his first duck in the tournament since 2016. de Kock was also not able to make a mark with the bat.

Evin Lewis and Manish Pandey are the other two dangerous batsmen in the LSG team but they also got out very cheaply at scores of just 10 & 6 respectively.

LSG has batsmen in their lineup who can pull out the best with their batting. The team will be more reliant on the top order especially openers KL Rahul and de Kock.

The team will be content with the performance of all-rounder Deepak Hooda who contributed 55 runs batting down the order and took 1 wicket also. The main highlight of the match was debutant Ayush Badoni who made 54 runs and became only the 19th batsman in IPL history to score a fifty in his debut match.

Lucknow Super Giants has decent batting in the form of Deepak Hooda and Ayush Badoni in the middle order.

Bowlers were also not able to execute their plans well in the last match against GT. But Dushmantha Chameera and Krunal Pandya played their part very well with the ball. These two bowlers along with Mohsin Khan and Ravi Bishnoi need to add to their confidence in this upcoming game against CSK.

It was also a poor start to IPL 2022 for last year’s champions Chennai Super Kings as they lost to KKR by 6 wickets in the first match.

MS Dhoni played a knock of 50 not out and he showed that he has a lot to do with the bat at this age also. Dhoni’s batting is always a plus for the CSK and he can play his role with the bat in the match against LSG also.

Ruturaj Gaikwad was not able to open his account in the first match but their no doubt in his batting. Uthappa and Rayudu also need to hand out a bit more in the middle order.

The biggest advantage for CSK in this match will be that their ace allrounder Moeen Ali is likely to be a part of playing 11. He was spectacular with both bat and ball in IPL 2021 season and he can give a vulnerable performance in this match against LSG also.

With the ball, Dwayne Bravo had a terrific spell as he took 3 wickets and broke the back of KKR top order in the first match. CSK bowling also looks pretty good and they have experienced bowlers on the side like Jadeja, Moeen Ali, and Mitchell Santner.

LSG vs CSK Head to Head Stats in IPL T20

This will be the first match between LSG and CSK.

Both LSG & CSK started the tournament with a defeat. There were many flaws in the batting and bowling of both teams. Both teams struggled to put a fighting total on the board. As the pitch at Brabourne Stadium, Mumbai is more in favor of batsmen, so the batsmen of both teams need to post big scores on the board. Although LSG also have a powerful batting unit, the comeback of Moeen Ali will add strength to the bowling and batting of CSK

We predict CSK as the favorites for this match against LSG.

KL Rahul, Manish Pandey, Ruturaj Gaikwad can play match-winning innings for their teams. Ambati Rayudu is also one of the players who can give excellent performance with the bat and help the team to win. Ravindra Jadeja, Krunal Pandya can prove their all-rounder abilities by making good runs and taking wickets. Dushmanta Chameera, Ravi Bishnoi, Avesh Khan, Adam Milne can be very impressive with the ball