The 13th and 14th match of FanCode ECS Sweden, Landskrona, 2022 T10 league is going to be played between Seaside and Evergreen at Landskrona Cricket Club, Landskrona which is scheduled to begin at 12.30 pm IST and 2.30 pm IST on 05 May 2022. Read Seaside vs Evergreen today’s cricket match prediction, SSD vs ECC player stats, player records, today Dream11 Team Prediction and tips. 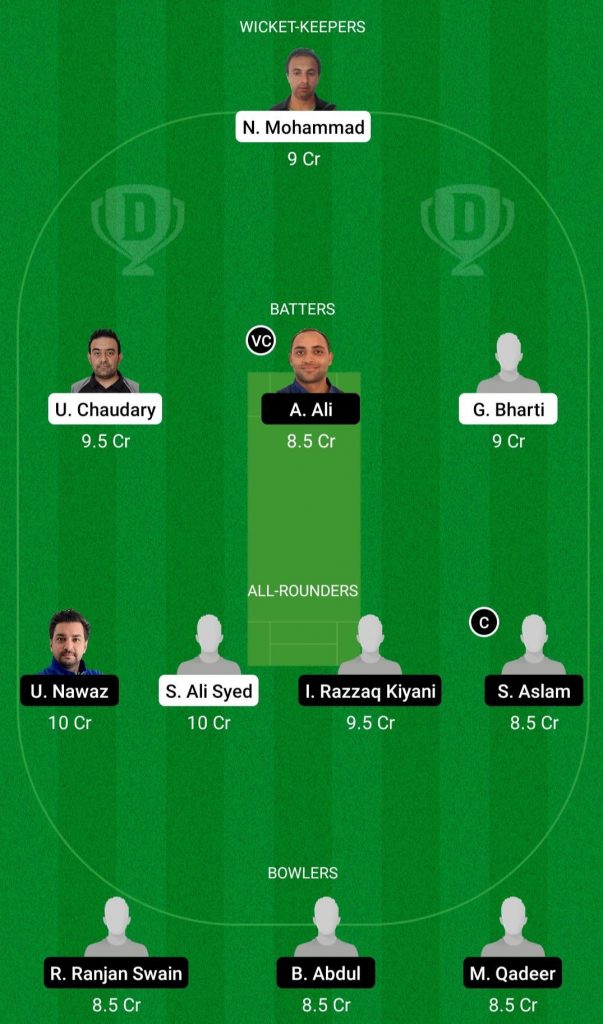 The top picks for the SSD vs ECC Match are:

Let’s have a look at SSD vs ECC player stats and records from the current tournament.

Seaside are the team who are currently last on points table. They have lost 3 and won only one out of 4 matches they have played so far. They are not playing their best playing 11 yet, but we back them to play their best possible combination tomorrow. They lost their last match against Helsingborg stars by 1 wicket. It was a close match and SSD could not close out on the last ball of the match.

Evergreen has been impressive and won 4 out of 4 matches they have played. They have all rounders who are playing at their best. S Aslam was their star with bat and ball in their win over Jonkoping CC. He scored 40 runs and also took a wicket. All their bowlers were impressive and took 2 wickets each. It will be difficult to beat them and we expect them to make a few changes in their playing 11.

This is the first match of them against each other and we expect evergreen to win this match.

The weather will be good for the cricket as it is clear and bright. The temperature will hover around 13 degree celsius throughout the day

The pitch has been good for batting, but the bowlers will play an important role in defining the result of the match.

SSD are likely to win the toss

Who will win SSD vs ECC?

Evergreen are the team to beat and we expect them to have an easy win over misfiring Seaside side and move to the playoffs from Group 1.