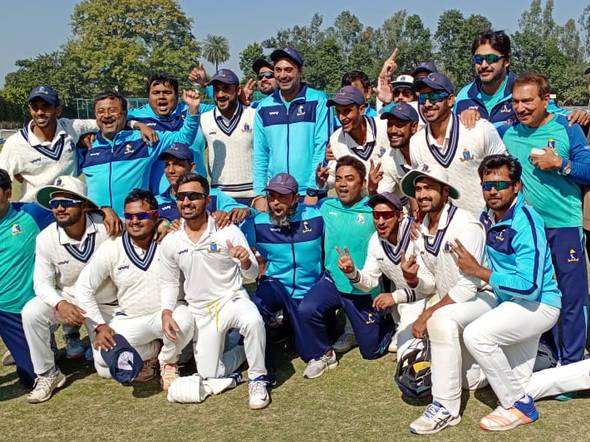 Bengal rode on left-arm orthodox Shahbaz Ahmed’s haul of 11 for 101 to surge to a 48-run win against Punjab and qualify for the quarterfinals of Ranji Trophy here on Friday.

The visiting side began the day in front by 186 with a wicket in hand. It could add only three more to its overnight score of 199 as Krishan Alang removed Writtick Chatterjee to end with figures of six for 53. Bengal was bowled out for 202, setting Punjab a target of 190.

Bengal’s new-ball bowlers produced the breakthroughs in the morning session. Bowling at pace and constantly attacking on the off-stump line, Akash Deep got his reward in the very first over when opener Abhijeet Garg poked at a length ball, away outside off and edged it to the keeper.

He then rattled Sharad Lumba’s stumps with one that kept low, before the spinners sparked a mini-collapse and reduced Punjab to 37-5.

The Punjab dug-out cheered every well-run two, well-placed singles, even bad shots that deserved no love at all. But the joy was short-lived.

Shahbaz ended the 63-run sixth wicket stand between Malhotra and Singh when he trapped the former in front immediately after lunch. He then sent Abhishek Gupta back with a sharp return catch for his 10th wicket of the match. Singh was stranded on 69, as Punjab eventually folded for 141.

Bengal last reached the Ranji Trophy final in the 2006-07 season, where it lost to Mumbai. That was its second consecutive Ranji final, having lost to Uttar Pradesh the previous season. It has been a long and arduous wait since, but Friday afternoon’s win will once again revive their hopes.